ETFE FOIL IS THE BASIS OF MEMBRANE BUILDING TECHNOLOGY

Is it a fantasy in the air or a pragmatic interest? The latest technologies of the XXI century.

Application: from facilities for the Olympic games and governmental structures to objects of commercial purpose.

ETFE FOIL HAS A NUMBER OF UNIQUE QUALITIES

ETFE foil is MUCH LIGHTER THAN GLASS, which gives possibility for decreasing the number of elements of the substructure and giving "lightness" and aesthetics to architectural forms.
The membrane system is capable of supporting a load, exceeding its own weight 400 times. The technology is used IN AREAS OF INCREASED OF SEISMIC ACTIVITY and can be applied IN AREAS OF HIGH WIND AND SNOW LOADS. 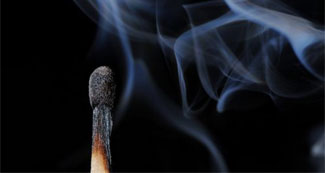 IT IGNITES POORLY, does not spread flame and does not emit drops of melt when burning.
The foil possesses increased ELASTICITY AND RESISTANCE to great temperature changes from -100 to +200 ºС.
ETFE is a SELF-CLEANING MATERIAL; it is very convenient to be used when creating translucent roofing and atriums. Thanks to increased smoothness, membrane facades do not require additional expenditures for cleaning dirt as in the case with other types of facades. 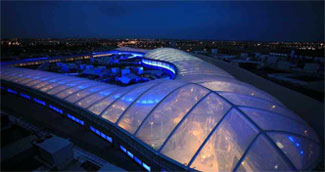 SYSTEM ELEMENTS can be produced of ALMOST ANY SIZE and can cover areas much greater than when applying usual technologies of roofing and façade cladding. This technology is perfectly suitable for building sports arenas, stadia, aqua parks, dome structures of large areas.
FACADES MAY BE DECORATED with pictures or serve as a screen for projecting illustrations (media facade). Besides, the structures themselves can be a source of light thanks to installing LED systems. . 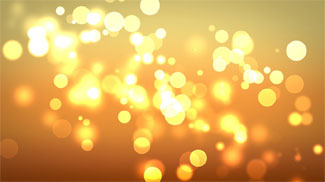 ETFE IS RESISTANT TO DISTRUCTIVE EFFECTS OF UV, since it can transmit it unlike glass. As a result, visitors of an aqua park can get natural tan. The material does not harden, does not acquire yellow shades and does not lose its chemical properties during very long time.
STERILITY AND AUTONOMY OF CLOSED SPACE. Thanks to having several layers, leak tightness and transmission of sun UV radiation in the inner space of the building, a set level of air sterility can be sustained, including one with autonomous system of filtration and repeated use. This quality can be important for projects of medical, scientific, military and other purpose, where increased requirements are made to sterility and sanitation.
INCREASED REPAIRABILITY
The article «Astana Will Get Perfect Building Technologies» n magazine «New Technologies in Building Construction»
Article «Advantages of the latest polymer material - ETFE foils» in magazine «Eurostroyprofy»
STAGES OF PRODUCING MEMBRANE_CUSHIONS:

cutting patterns from the roll of ETFE foil and gluing 2-5 layers, laying the manufactured cushions into a container, assembly of the cushions.